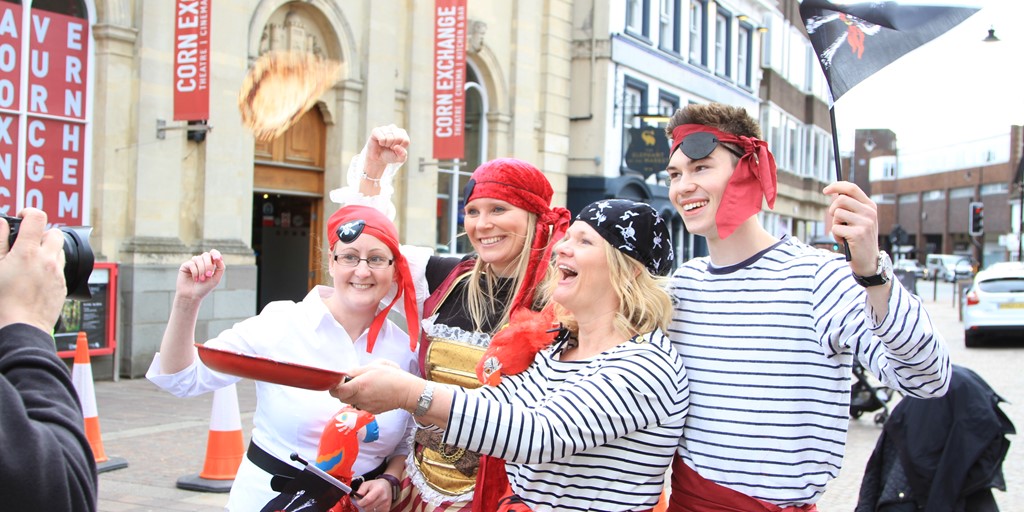 Three Lifecycle teams ran across the Market Place in Newbury on Shrove Tuesday, tossing pancakes along the way. We had a team of Hawaiian hula girls, a team of chefs in fetching pink aprons and a hearty team of pirates, battling against 25 teams from other local businesses for the much sought-after Newbury Pancake Champions of 2019 award. We narrowly missed out on winning this prestigious award, but were delighted to win the 'Best Dressed Team' award for our bunch of pirates.

The races were followed by the tradition of the mayor of Newbury tossing pancakes from the window of the Town Hall to the crowds below. It was a fun event, and raised more than £700 for Eight Bells for Mental Health.

Soroptimist International Newbury & District have organised the pancake races for many years, and they have become an established Newbury event. We look forward to competing again next year. 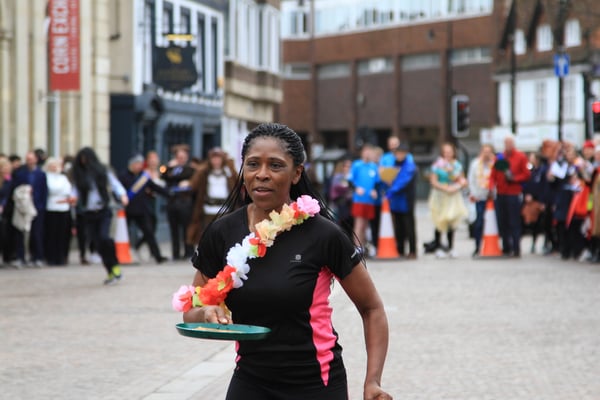